As Peyton continued to grow, things got a little bit easier. I finally worked up the courage to see a social worker about the breast milk thing, and apparently, it was documented in my file not to ask for milk – this cut the inquiries in about half, which showed how many nurses actually read the files they are given. We started being allowed to participate in her daily care, which included washing her mouth out with a cue-tip, changing her paper-towel and masking tape diaper, and giving her a bath every second day. Her bi-weekly cuddles became daily, and I was allowed to keep her out from anywhere between 15 -30 minutes a day. I began to feel like I had a job, and in turn, started to feel more like a mom. She started to wear clothing, so I could start doing some laundry, and bringing her in some receiving blankets to make her bed.

Peyton was what the doctors referred to as a miracle baby. Before I delivered, we were told that there was a 50% chance that she wouldn’t make it out of the delivery room, and if she did, there would be an 80% chance of some disability or deformity. Every day, we expected the worst and for the doctors to find something wrong, but each day was a good day. Sure, there were a couple of 2 am blood transfusions and a couple pic bruising, but in the grand scheme of things, we had it much easier than some of the other moms in the NICU. Peyton was what the nurses called an “Eat-n-Grow” baby, meaning she simply needed to learn to eat, and to grow.

Spending Peyton’s first Christmas at the hospital was hard – that was not part of the plan… I had wanted to get some “Angela 8 months pregnant” photos with Noel and the Christmas tree, which obviously never happened. My mother tried to talk me into taking some after the fact with a pillow stuffed in my shirt… but I think she missed the point of taking the photo. 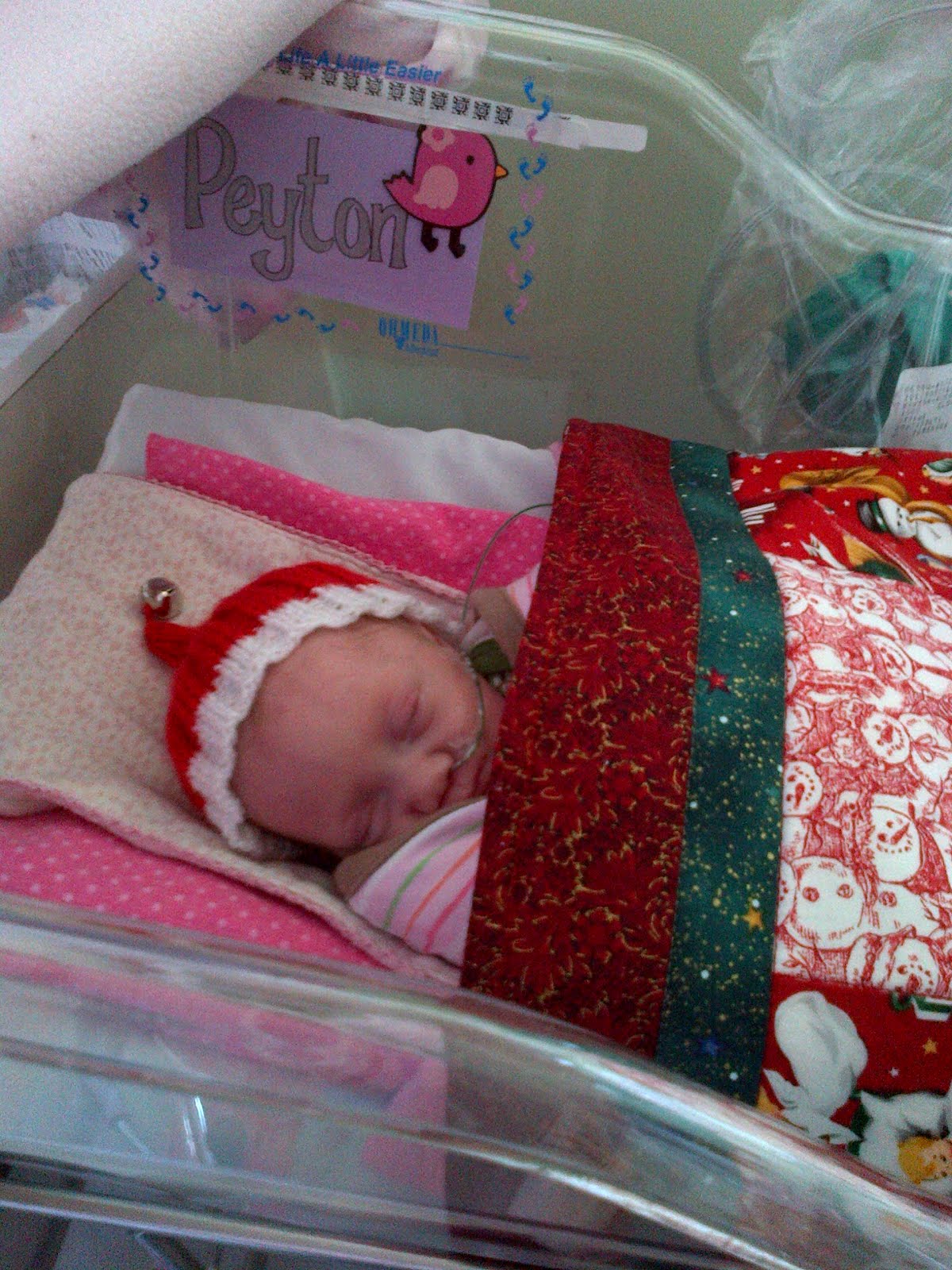 It was at this point that I started avoiding Facebook. Seeing comments on my wall about how “you guys must really miss her and wish she was home with you!” made it extremely difficult not to just rage every time I read something like that – I just found that some people were extremely insensitive to what I was personally going through. Another thing I couldn’t stand was when someone would comment on a photo about how fantastic I looked, and that they couldn’t even tell that I had just had a baby. Again, I’m sure it was meant as a compliment, but it took every ounce of me not to snap back and tell her that I would trade the consolation prize of my fantastic-looking self for my baby to be home with me.

While the last month that Peyton was in the NICU was less stressful (medically speaking), I think it was the most stressful, mothering wise. When I finally realized we were past the danger zone, I could honestly start planning out the nursery, the move (yes, we were in the middle of moving!), her clothing and baby necessities that I still needed, etc. I was at the point where I could take her out of her cot every 3 hours, but I could keep her out as long as I wanted. I started going to the hospital for 8-10 hours at a time, while Noel was at work, and just held her for hours upon hours. The nurses didn’t make me put her back in her cot, because she slept so soundly. 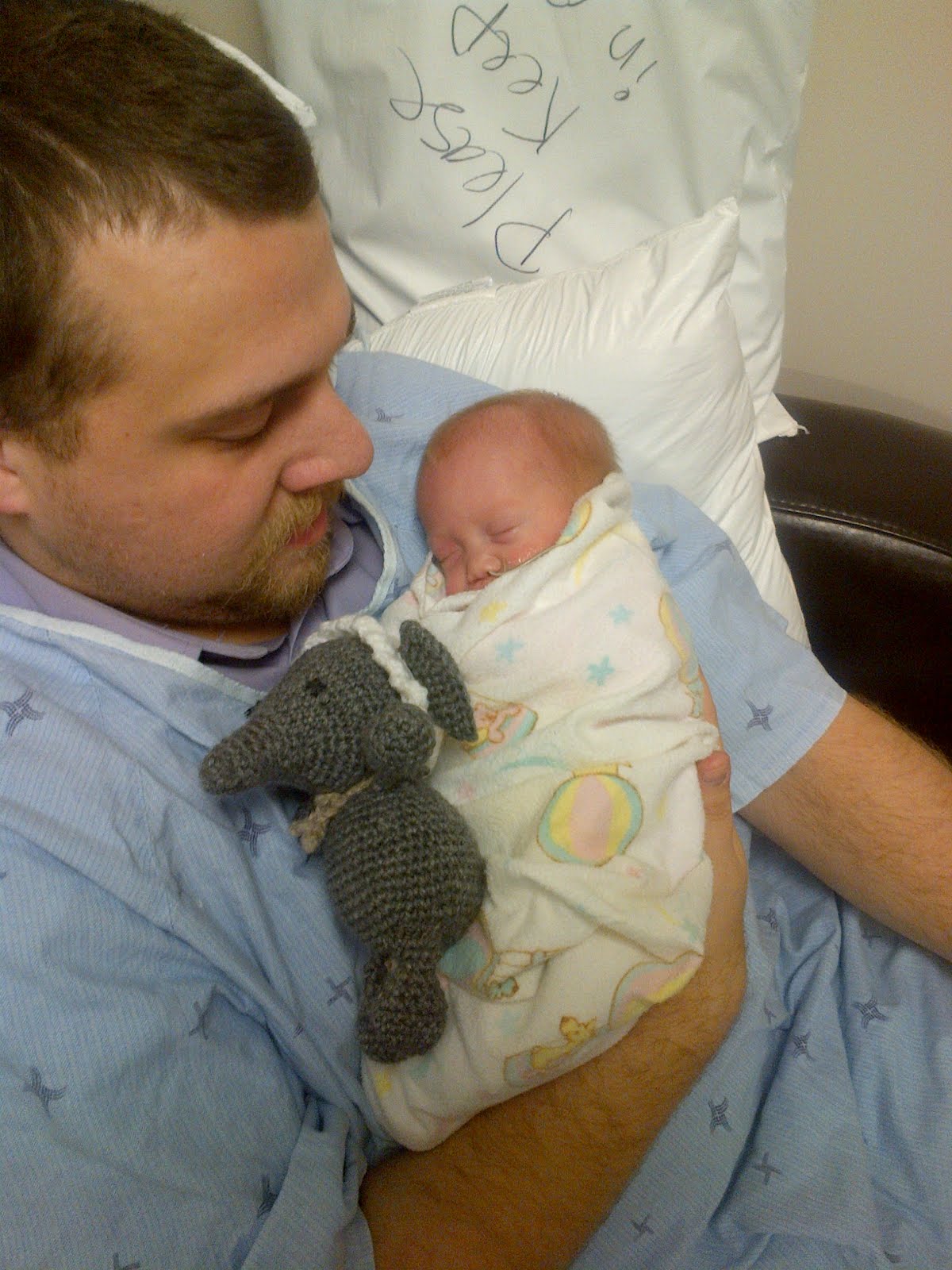 Noel and Peyton having some cuddles in the family room

As New Years came and went, I found that friends and family were starting to get restless. We started getting the “When is she coming home?” question on almost a daily basis. I know that the question was meant well, but it was hard to hear each and every time. We didn’t have an answer, and we wanted to have one, more than anything else.

In order for your child to be released from the NICU, they need to meet a couple of requirements, some of which include being able to take all feeds by bottle, breathing room air, no “drops”, and be at least 4 lbs. By the first week of January, when she was now over 2 months old, all we were waiting for was for her to start bottle feeding on her own. This proved to be quite the task. What seemed like progress one day, was two steps back another. Learning to feed without the tube took 3 weeks, but finally, one afternoon, it just seemed to click. Two days later, we received the news that we were being discharged! Weighing 4 lbs 8 oz, and being 1 week shy of 3 months old, we finally walked out of that hospital together, as a family, for the first time — 6 days before her initial due date! 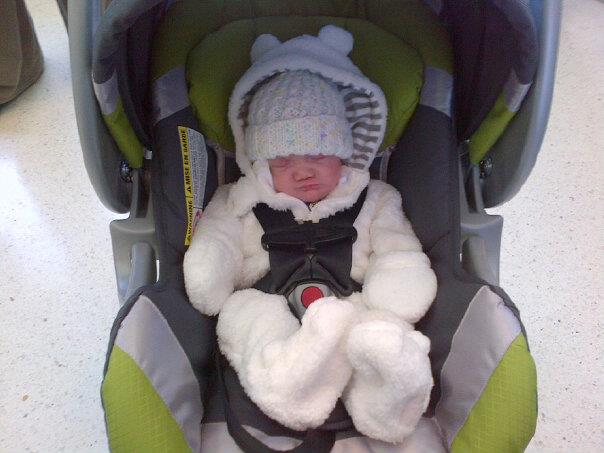 Did you have an experience with the NICU? Please leave a comment!

On top of a monthly newsletter with tips and tricks for cloth diapering, exclusive offers, and new releases available to members first, you also receive a one-time use coupon off for an extra 5% off your first purchase of $50 or more!

You have Successfully Subscribed!