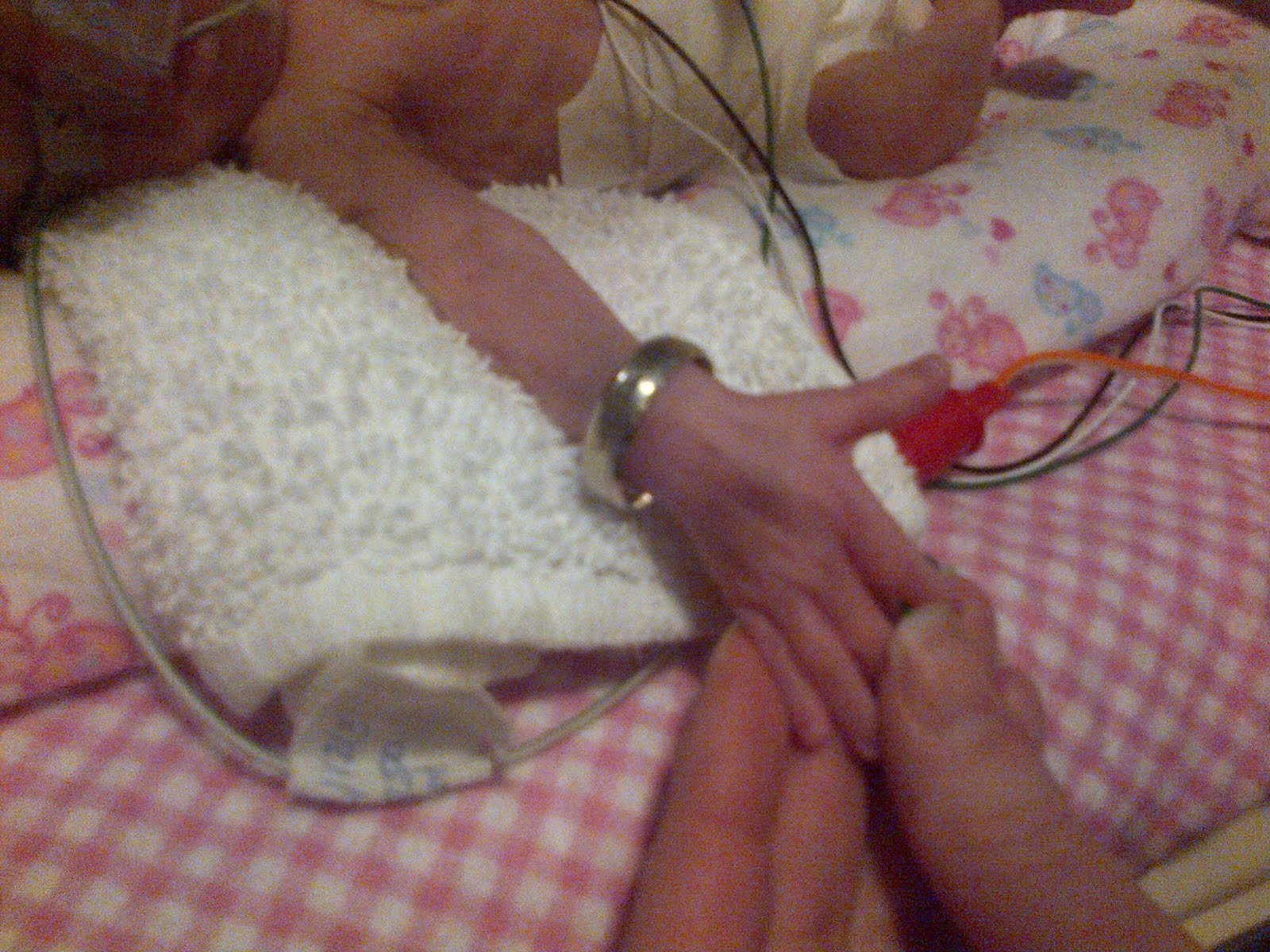 Peyton, at 3 weeks old, with Noel’s Wedding Band around her wrist

I think the hardest part of the 3-month early birth was dealing with the aftermath in the NICU.

How do you bond with a baby that could die at any moment?

I had a very, very hard time for the first month, trying to bond. I did not feel like a mother, but a failure. I had failed at the one job I had – to keep my baby healthy and safe. Instead, now she looked like a shrivelled bean inside a plastic box for everyone to see who shouldn’t.

I visited Peyton for the first time when she was almost 2 days old – because of the intensive care that she was in, I had to go to her, and mobility was not my strong point after the C-section. I was too stubborn for a wheelchair, so I gradually built up my tolerance throughout day 2 to make it to the opposite side of the floor to the NICU unit (why the unit is so damn far away from the recovery unit beats me!)

My first reaction to seeing her was not love or acceptance. I was filled with sadness that she was there and not still in my womb. You would think I would have been grateful to still have a breathing baby, but I wasn’t. Very selfishly, I was mourning the loss of my pregnancy.

I wasn’t able to touch Peyton until she was 11 days old, and even that meant slipping a sterilized finger in through the little opening on the side of the incubator. At this point, she had dropped to a shattering 530g, just over 1 lb 3 oz. 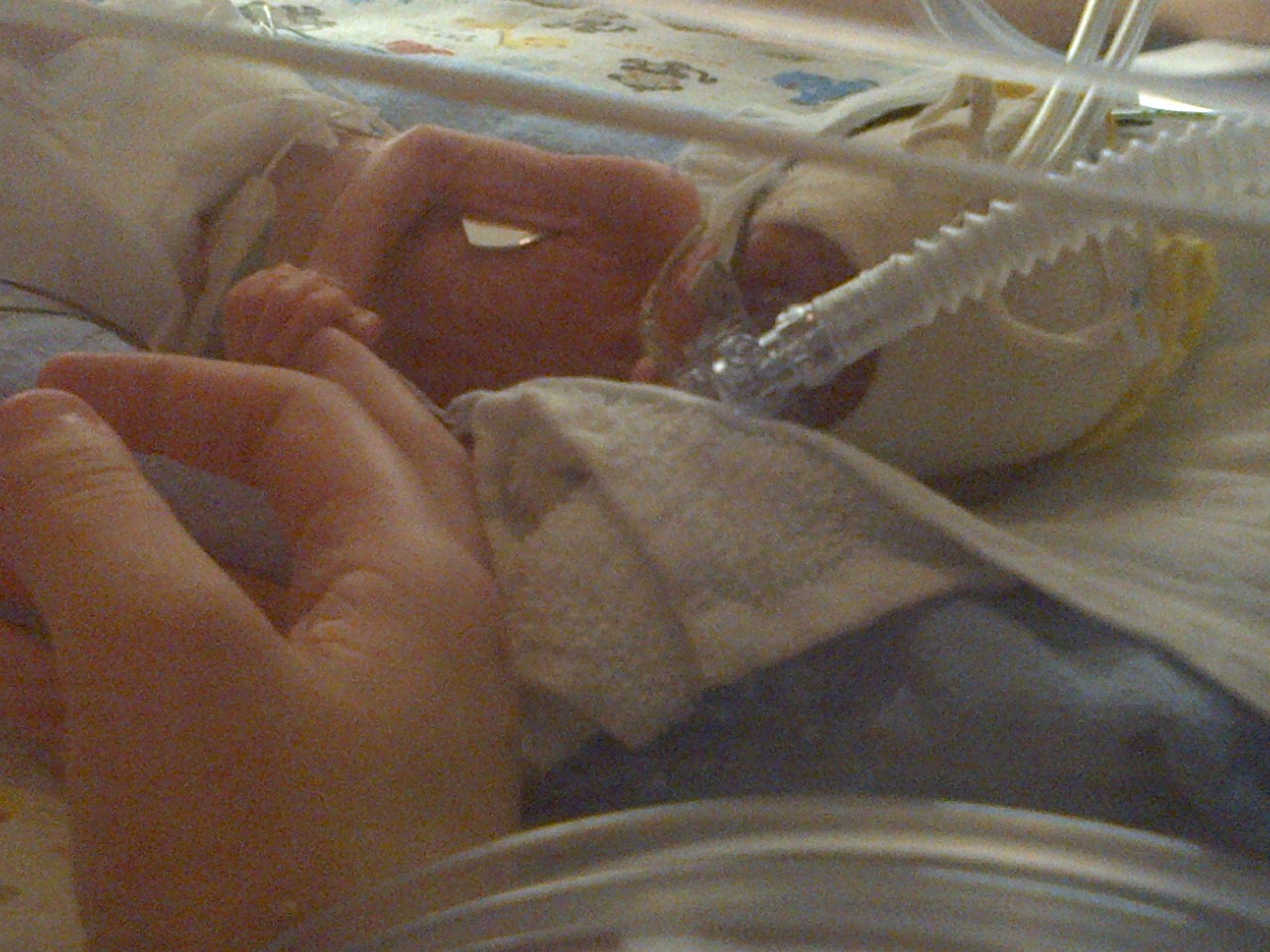 Even when I was allowed to take her out of the incubator for “Kangaroo Care” at about the 3 week mark, it didn’t “click”. I kept waiting for my mommy-switch to be turned on, but I didn’t feel like a mom. If anything, I hadn’t nested, I didn’t have a ready nursery at home, the nurses were with her 24 hours a day, 7 days a week… I was with her maybe 20 minutes a day. Someone once even told me that I should consider myself lucky, as I have 25 full-time babysitters at the hospital, so I may as well start stocking up on sleep. I swear, some people don’t think. Do you actually think that I can sleep soundly knowing that my child is laying in an incubator in the hospital without Mom or Dad with her? I would much prefer waking up to a  screaming baby at home than having to get up and try to pump my 10 ml of milk at all hours of the night, only to turn around and deliver it first thing in the morning so the nurses don’t think I’m quite as big a failure as I already feel.

The commute to the hospital wasn’t very convenient – it took about 35 minutes on the bus, and I didn’t even have a bus pass. I know I sound like I’m complaining, and I really should have been happy with the outcome, but I felt very detached. For the short time that we were at the hospital on a daily basis, I didn’t know what I was supposed to ask – I mean, I’m not a doctor. I don’t know what a lot of the tubes were for, and honestly, I didn’t want to know. The bottom line for me was, “Is she comfortable?”. I felt useless and in the way. Every day had a new nurse. 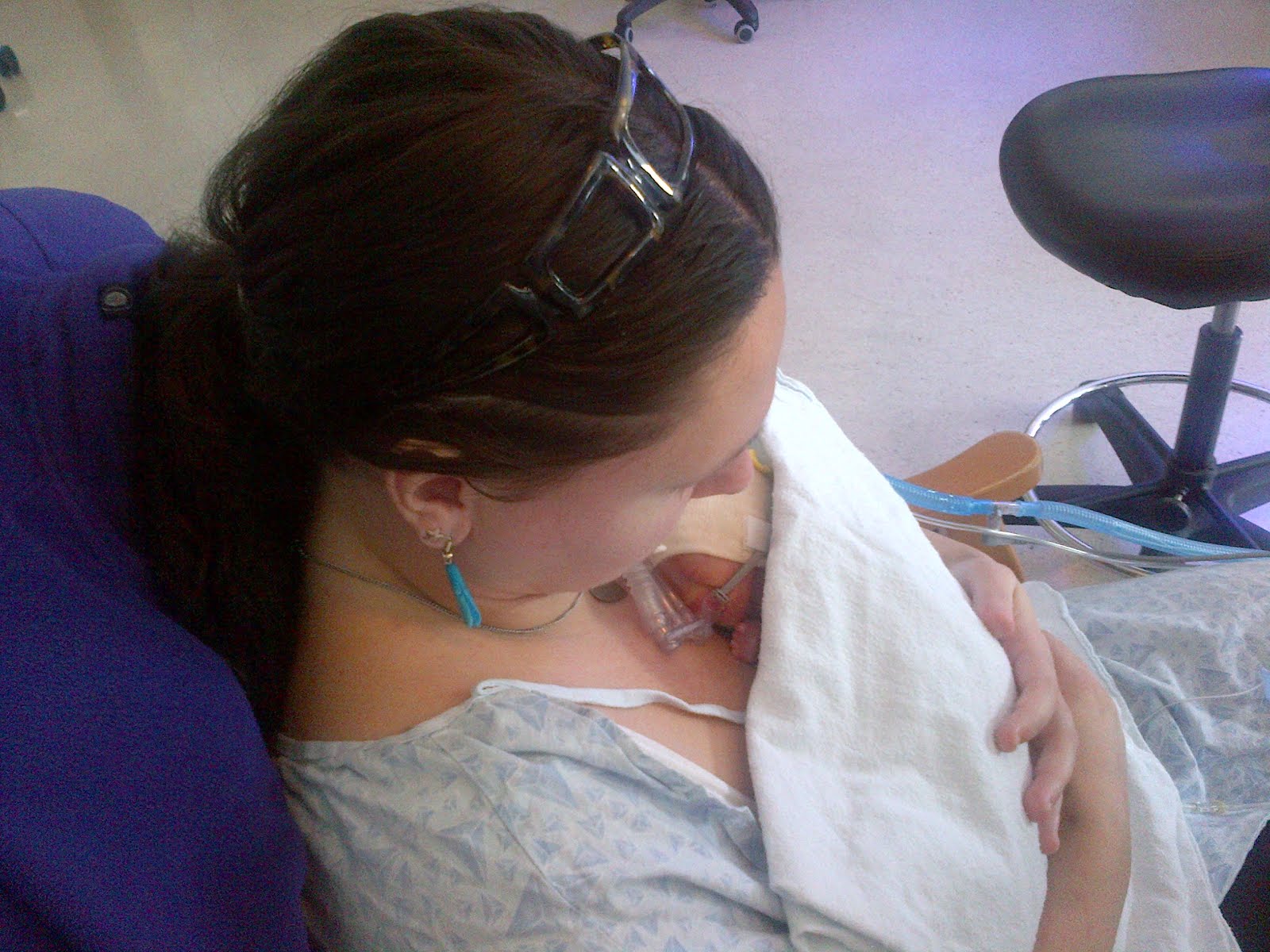 Once Peyton grew a little bit, the harassing for breast milk began. Before I gave birth, I hadn’t started to lactate yet… after I delivered, the lactation consultant said that the milk would just start flowing… it never did. She told me to try pumping with a photo of Peyton, or with a blanket of hers wrapped around me… nothing worked, and this might have been explained because of my clear lack of attachment at this point. Every day, I would bring my 5-10 ml of milk with me, and every day, I would get the look of disappointment, asking if that was all I had with me, or if I wanted to try again in the back room. Some nurses had the nerve to ask if I had talked with a lactation consultant… Every day, with each new nurse, we had the same conversation, which continued to instill that feeling of failure. There was even another mom in the same room as Peyton who had extra breast milk and offered to give it to a struggling mom without milk, and I was standing right there, and the nurse said no, that they couldn’t accept the milk and it was against policy, as it wasn’t filtered and approved by some company in Ohio in which they import all their breast milk. If I had the nerve, I would have asked her afterward if I could have some of her milk to give to Peyton… but I couldn’t bring myself to ask.

This is one of my big regrets I have from the NICU – that would have been something I could do for my baby, and couldn’t. Another point for being a failure.